Up to 45% OFF 🪐 Star Wars favorites!
https://seconds.sideshow.com/collectibles/dc-comics-green-arrow-1oz-silver-coin-new-zealand-mint-910716
1 / 5 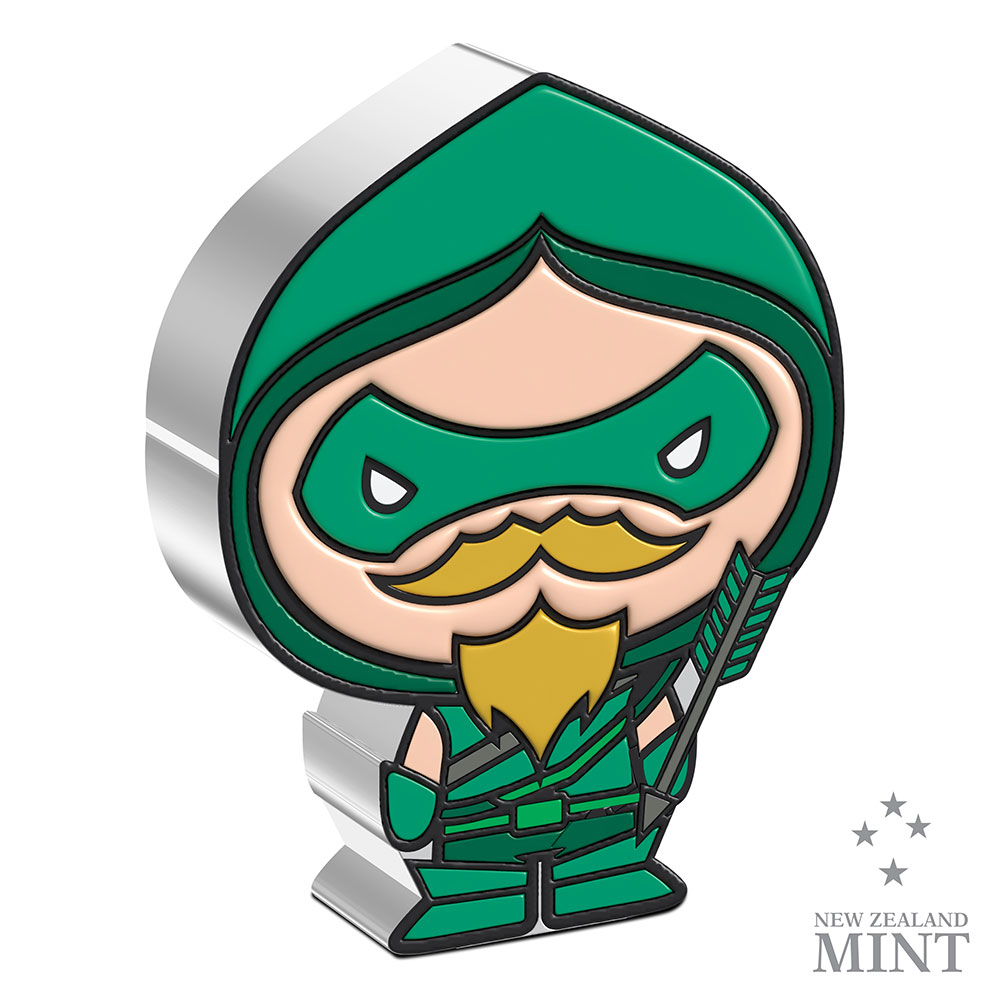 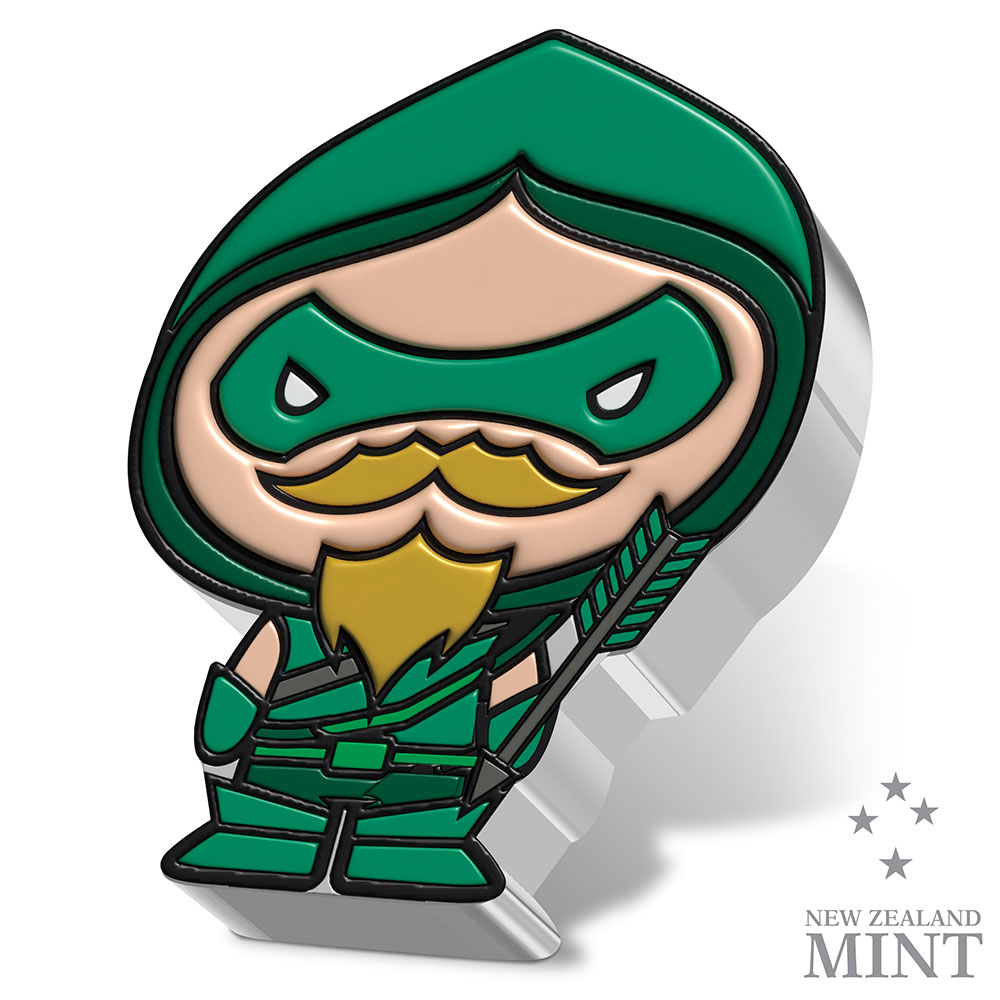 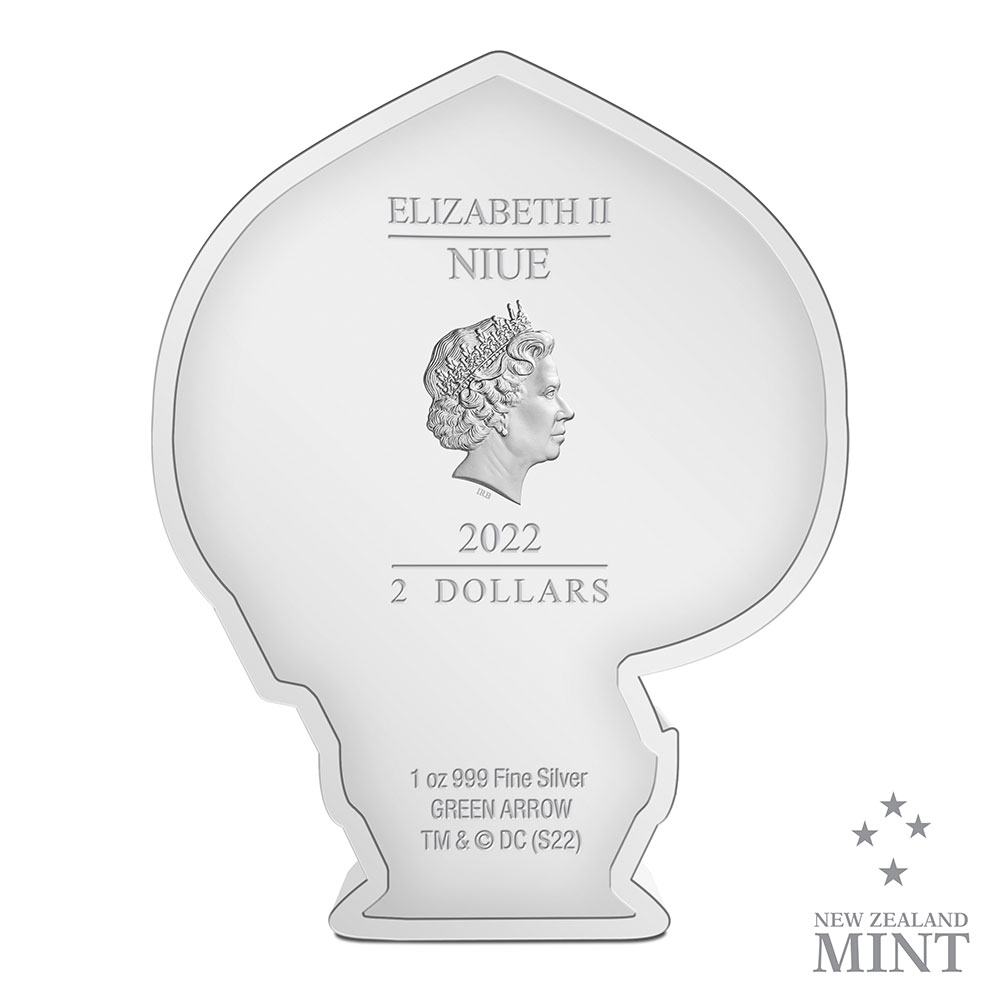 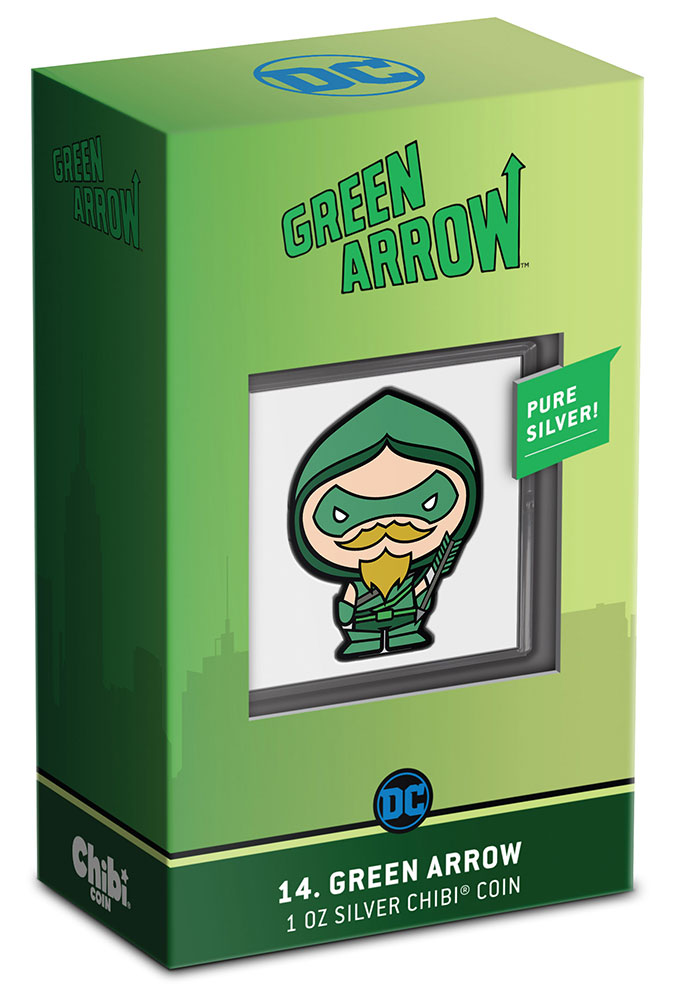 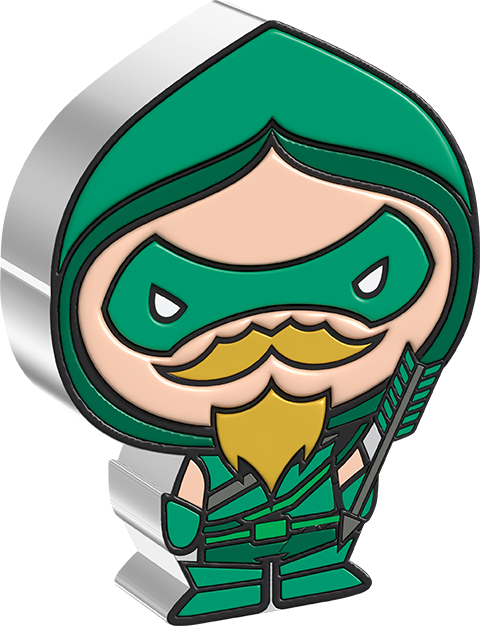 Silver Collectible by New Zealand Mint
From $84.15 $99
Not Available
Ready to Ship Tomorrow*
Limit of 1 per person.
Share / Refer Drop a Hint Find Locally
Returns Shipping 30-Day Guarantee
Members get $4.95 back. Earn 5% in Sideshow Rewards.
About

GREEN ARROW™ is one of the greatest heroes in the DC Universe, his first comic appearance being in 1941, so he seemed the perfect character to kick off our DC Chibi® Coin Series for 2022.

This 1oz of pure silver has been shaped and colored to resemble this battling bowman holding his iconic arrow. In this version, he is also sporting his trademark Van Dyke beard that was introduced to the character in 1969. The effigy of Her Majesty Queen Elizabeth II is found on the obverse of the coin to confirm it as legal tender.

The GREEN ARROW-themed outer box includes a large window so you can easily display this precious collectible. Only 2,000 coins are being produced, and each coin’s unique number can be found on the box.

Be quick to target this one for your collection now!

Purchase Limits
Limit of 1 per person.